How can we help you today?

Solution: Create "transition scene" which will pre-load sources from next scene by using Z-order function (please be noted that hardware sources and application sources does not support this function).

It means that "transition scene" is required for each new scene which should appear on video wall.

Example case: We have 4x2 videowall and we need to show 2 sources on left and right side of videowall, after 30 seconds this sources should change to another set of sources.

To do this we need to create 3 scenes where the second scene will be "transition scene".

1. First of all, check that "ForceZOrder" feature is switched on in Polywall Visualizer: 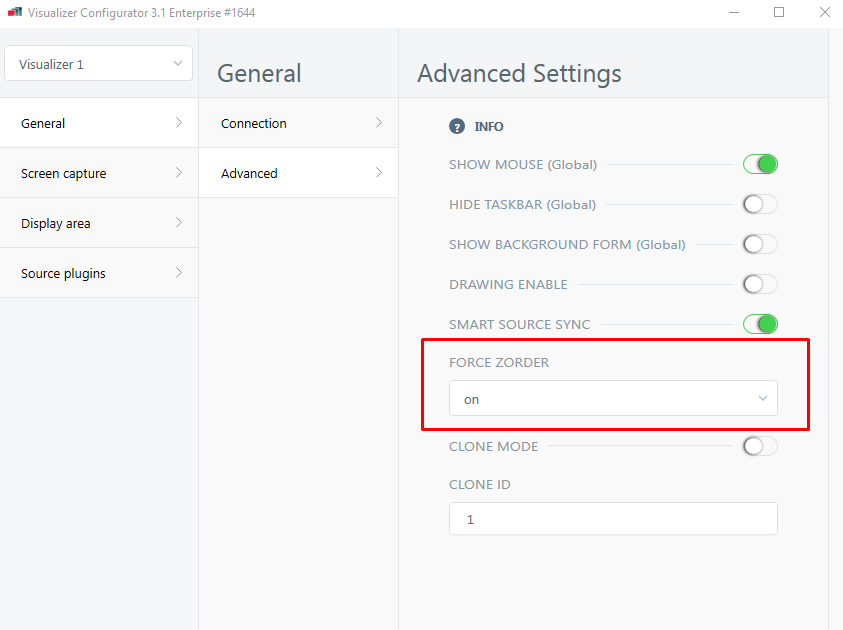 3. Click on layout preset button in each scene and set "resizing within cubes" or "manual adjustment" mode:

4. Put the sources on the screen and resize as we need.

5. Set time to 26 sec for our first scene, then press copy and paste.

6. Fill 2nd scene with sources you want to see next on top of sources from scene 1 and send all of them to background by pressing highlighted button. 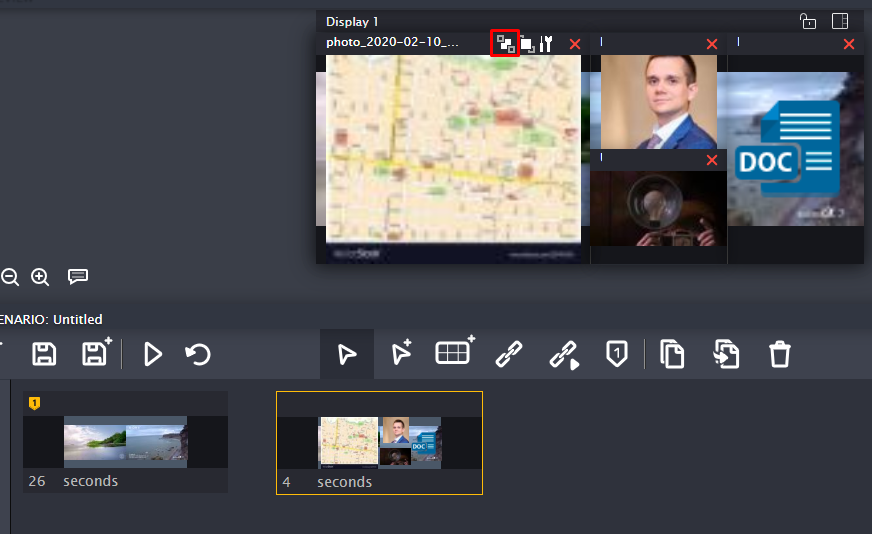 10. In scenario section we will see this picture:

In the end you will have 3 scenes, but all people will see only 2 of them, because 2nd scene is working like prebuffer to scene number 3.

P.S. Please be noted, that time for second scene you need to count by yourself, because it all depends from size of the sources in next scene you want to show. For example light picture can be preloaded in 1-2 sec, but 4k video may take more than 10 sec.

P.S.S. Sources from previous scene and buffer scene should be identical in size and position otherwise it will be reuploaded on the screen.

Did you find it helpful? Yes No

Send feedback
Sorry we couldn't be helpful. Help us improve this article with your feedback.